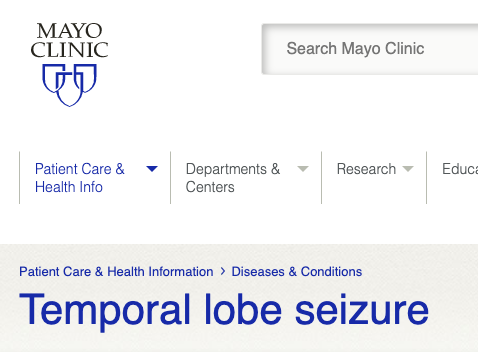 Yet… there’s another aspect to sharing tribulations. You see, even though we might feel the temptation to think that “these things” (whatever they might be..) only happen to us…. the reality tells us otherwise. There are MANY people going through extremely similar circumstances, and sometimes reading or hearing about others going through the same thing just puts things into perspective, like we are not alone, like there’s hope.

It hit me today. I had an extremely tough day, and at the end of it, when I felt like I couldn’t take it any longer, I actually googled if someone ever felt the same way in the same circumstances, and you know what? I found several! and I was grateful. It made me feel supported, understood, it made it feel like it wasn’t really the end of the world… it’s actually ordinary life for many people out there… and so I decided to contribute a tiny little bit as well.

I contribute fairly enough at the hyperemesis gravidarum forums…. but that’s only because it happened so long ago, all the aforementioned reasons for not sharing are non-existent and therefore justifiable. But I haven’t really contributed enough to situations I’m going through right now. Now, I might not be brave enough to write about my own health issues and limitations right now, but I can start with something. Living alongside someone who suffers from Temporal Lobe Seizures.

So, as I write this, I am aware that it will be more of a conversational manner, “forum like” if you will, as things pop into my mind. Because sometimes that’s the way we actually need to read it when we go through this.

My girls went to camp for a week. It was wonderful. We were finally going to see them, after a week of being away from all three at the same time for the first time in forever. I had had a HORRIBLE week. My illness just flared up like it had never done. I was hoping it would mean an end to terrenal suffering, but it hasn’t been God’s will so far, so here I am. I knew the stress of seeing me like that would finally lead my poor husband into a brain crisis…but I was hoping it would not be today. Not when we were about to pick up our girls.

And it did. What happens to him? He is mostly absent; with a mix of bouts of rage, sarcasm, and indifference here and there. With the lingering panic of  family around him wondering how to get him out of driving in the nicest possible way. With hours without talking, without eye contact, except when he starts kicking the dog for no reason, or yelling less than nice things to the girls….

As we were there, one of our daughters gets the award for the BEST camper. In the whole entire camp! the camper with the most Faith, Character, Integrity, and Honor. I would have loved to share that moment with my husband, her dad, who was actually right there…. but wasn't. And you know what? In my mind, it might even be better for him to have been away, and share with him the news when he was actually present, rather than have him beside motionless, expressionless, seemingly indifferent. IT’s not his fault. We all know it’s not. We all know how wonderful of a man he is. When he’s there….

The ride back to the car was a mixture of me hiding my limping, the excruciating pain I felt with each step, and also hiding the feeling of handling camp dismissal of three girls all by myself….but not….

On the ride back home, it hurt every time that the girls were singing the camp cheers, or telling us wonderful stories, while he bickered and snarked at them… again without it being the fault of either of them… girls and dad alike….

Around that time, my youngest one, who suffers from something similar totally lost it and started wailing nonstop. So there we are, 5 in the car. Two brain injured people, a defective sick mom, and two girls wondering what the heck is going on. And still they get awards like best camper…. although no wonder! it takes so much to handle this kinds of situation… specifically Faith and trust in God….

So now we’re back home, with three of us protecting the dog from being randomly kicked in an non-purposed rage, protecting a screaming child who is throwing herself at the walls and floors (also not through her fault) from dad screaming at her…. but we still try to press on.

Family movie night. Why not? We are all exhausted, both physically and mentally. We watch Saint Ignatius of Loyola from formed. Take into account dad’s been non-purposely absent all day… or saying nonsense…. so when my girls ask something who do they ask? me. And if dad has been screaming and saying nonsense all day what do they do? Ignore it. And that’s what they did… twice. Once each girl. Each one asks me something, dad answers, girls ignore him and ask me again, he screams bloody murder. So by now….. My knees, foot, and finger are three times the size they should be, I’m having a bad fever, I have not one, not two, but three crying children and what do I do? I ask my husband to please go rest while I prepare them for bed. But you see… all this day, he hasn’t had a clue he hasn’t been feeling well…. so he naturally doesn’t understand what is going on. His children are being disrespectful to him and ignoring him, and he is LOUDLY and frustratingly trying to explain how he has been sweet and perfect all day and we are mistreating him. yes. I said loudly. And our three girls who had not seen us in a whole week had to have that welcome home party to the nut house…..

And his family you ask? well. Here is the important aspect of raising awareness…. When you ignore that some brain damaged beautiful heads react the complicated way they do… you might even do more harm than good. You might, for example, be compelled to tell your daughter in law she is making up a story about their perfectly healthy son just so she can steal the family fortune when she tries to tell them what’s going on with their son…. They might even get back at their grandkids telling them their dad is lazy, and that their uncle (who has worked in the company around 14 years less than said dad, and who joined the company once it was established by said dad’s hard work and perseverance)  is the hard working son supporting the slouchy dad and money digging mom. And, by the way, will not be loved by their grandparents until they stop homeschooling and get into an expensive shallow school with superficial and shallow upbringing. You might not be compelled to do that at all if you know in the first place how brain damaged people’s brains work… (or don´t….)

But in the end it’s all good. We finish the day with dad finally dozing off the auras of a horrible epilepsy day, and a mom and three girls remembering sick people need prayers, patience, understanding, and love. And that families have to take the grand opportunity of tribulations to grow in Faith and Love of God, because what matters lies after this one.